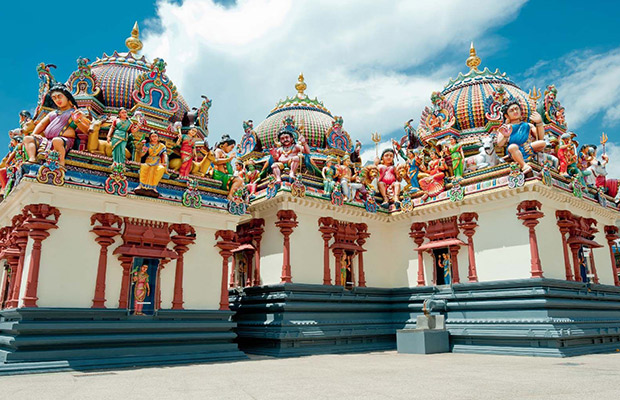 The Sri Mariamman Temple is Singapore’s oldest Hindu temple. It is an agamic temple, built in the Dravidian style. Located at 244 South Bridge Road, in the Chinatown downtown district.
The temple serves the majority Hindu Singaporeans, Tamilians, in the city-state. 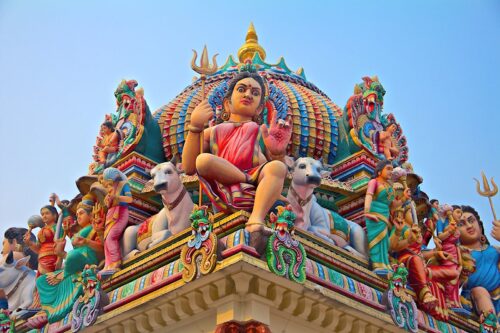 Due to its architectural and historical significance, the temple has been chosen to be a National Monument and is a magnificent tourist attraction.
Sri Mariamman Temple is managed by the Hindu Endowments Board, a statutory board under the Ministry of Community Development, Youth and Sports.

The Sri Mariamman Temple was founded in 1827 by Naraina Pillai, eight years after the East India Company established a trading settlement in Singapore. 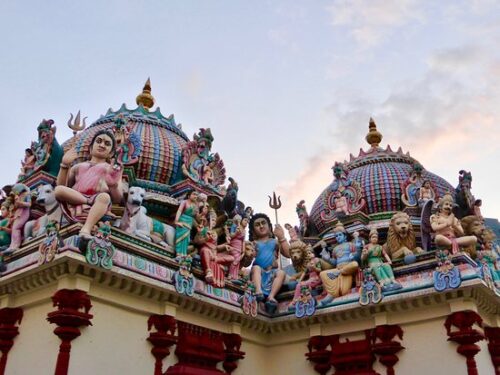 Pillai was a government clerk from Penang who arrived in Singapore with Sir Stamford Raffles on his second visit to the island in May 1819.
Pillai went on to set up the island’s first construction company, and also entered the textile trade. He rapidly established himself in business and was classified as a leader of the Indian community.

Inside Guide – Shrines and deities

The focus of the main prayer hall is the central shrine of Mariamman, which is flanked by the shrines of two secondary deities, Rama and Murugan.
The main prayer hall is surrounded by a series of free-standing shrines, housed in pavilion-like structures with decorated dome roofs, known as Vimana.

These are dedicated to the following deities: 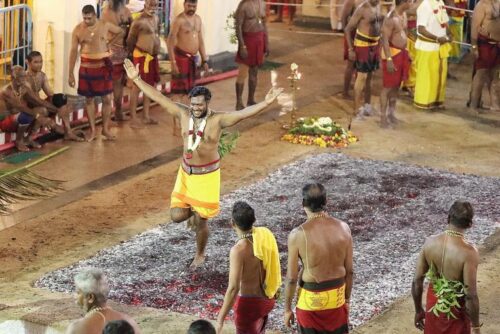 The shrine to Draupadi is the second most important in the temple, as she is very significant to the annual firewalking festival held in this temple called‘’Theemithi’’. To the left of Draupadi are the five Pandavas: 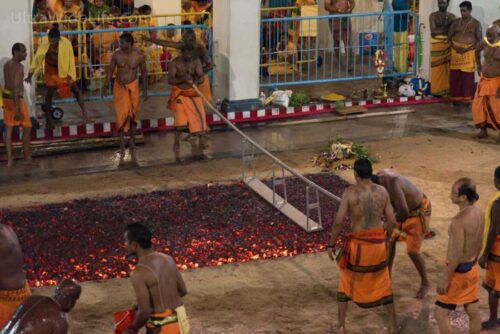 They are presided over by Lord Krishna. Another important element of the temple is the free-standing flagpole. Raised a few days before the rituals and the ceremonies.

Once every 12 years, the temple is sanctified. The annual ‘’Theemithi’’ or fire walking ceremony that we talked about before, is held about a week before Deepavali, the Festival of Lights. 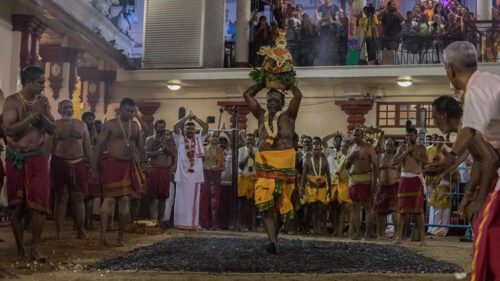 Hindu temples are sanctified every 12 years after renovation and restoration, and artisans from South India are usually engaged to do the work.

According to the temple’s records, the first known ‘’Kumbhabhishekam’’ (consecration) ceremony was conducted in June 1936. 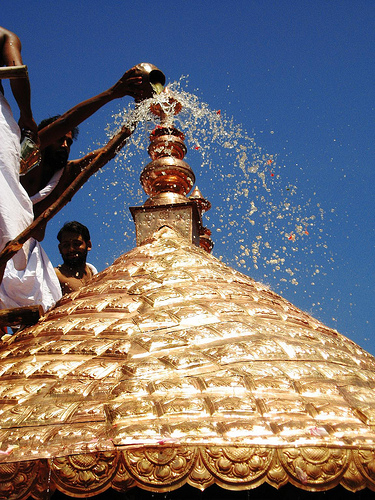 The most recent consecration was in April 2010 following the completion of a $4-million restoration project. A team of about 20 artists were brought in from India for the project, which included repainting all the stone deities.

I’m sure a lot of you are curious what exactly is the ‘’Kumbhabhishekham’’ and why it is so important. 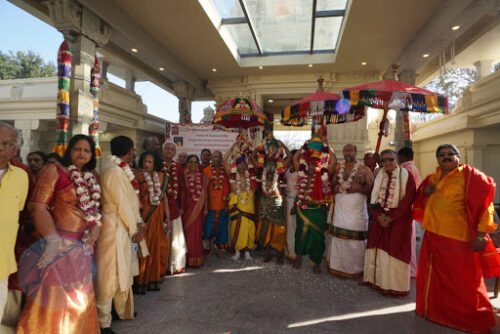 It is a Hindu temple ritual that is believed to homogenize, synergize, and unite the mystic powers of the deity. This process is believed to keep the icon rejuvenated for a period of 12 years.

If you want to be part and see this breathtaking place you need to meet 4 rules first. 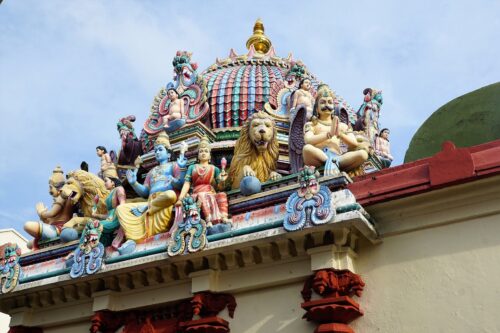 How to Get There

It is really easy to reach the temple just:

Take the MRT to Chinatown station, take Exit ‘A’, and walk along Pagoda Street towards South Bridge Road. 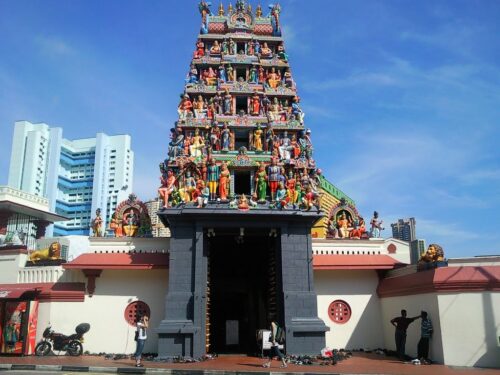 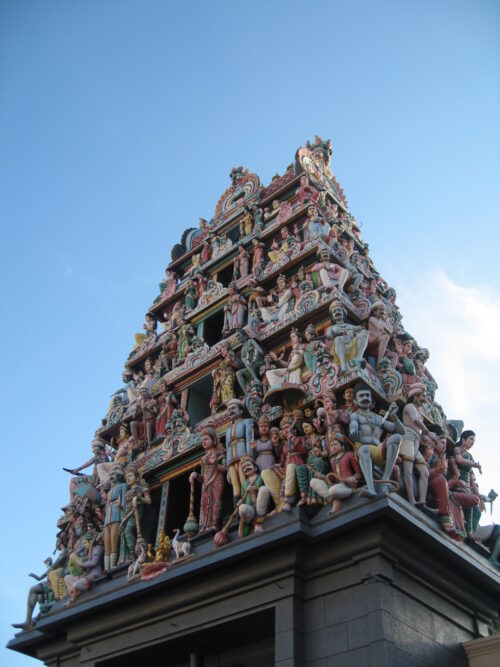 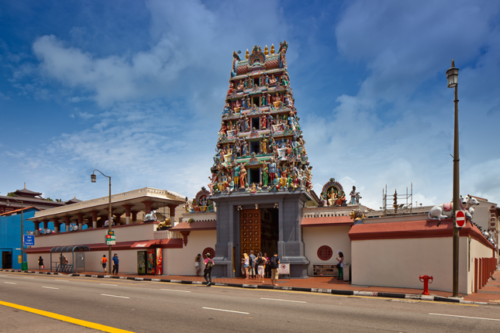 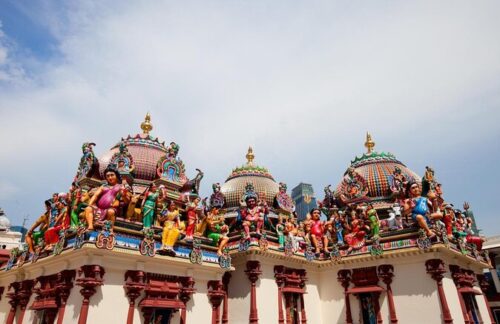 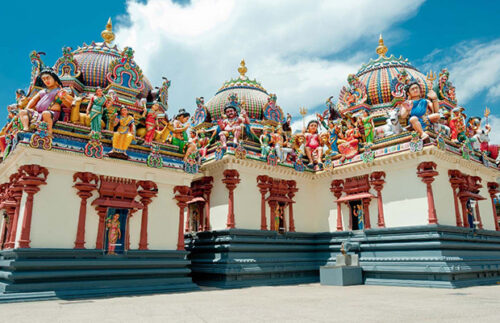 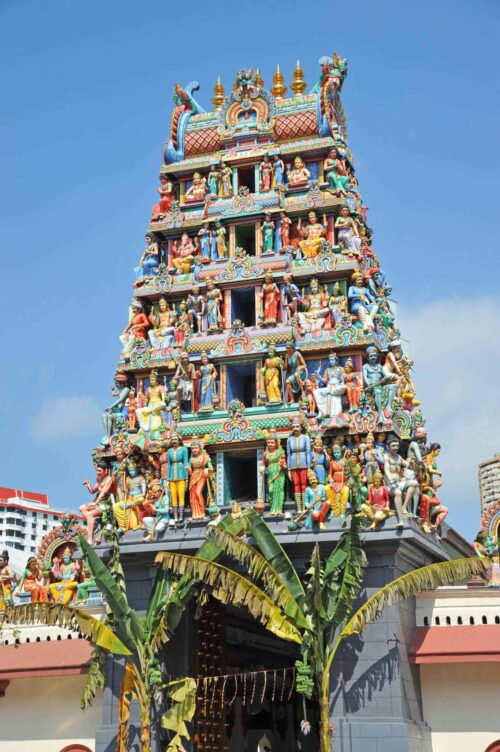