The Dragon Boat Festival is a Chinese traditional calendar day festival, celebrated annually in Singapore as well on the fifth day of the fifth month of the lunar calendar. 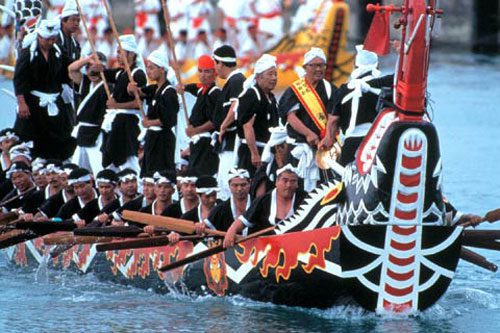 History of the Dragon Boat Festival

There are many versions and explanatory myths about the origin of the holiday in ancient China. As, for example, with the summer, the heat brought different diseases, including the epidemic of plague, so getting rid of disease and evil was the main goal of the holiday.

According to one of the legends, people in the ancient kingdom Yue, who lived in the south of China, considered themselves descendants of dragons and celebrated an agricultural festival with various ceremonies addressed to deities on the fifth day of the fifth lunar month. They requested favorable weather conditions for the coming year and a good harvest. First, they wrapped the food in bamboo leaves and thrown it into the water for the main water dragon. They sailed on boats to pay homage to the dragon and to activate the yang energy associated with it. 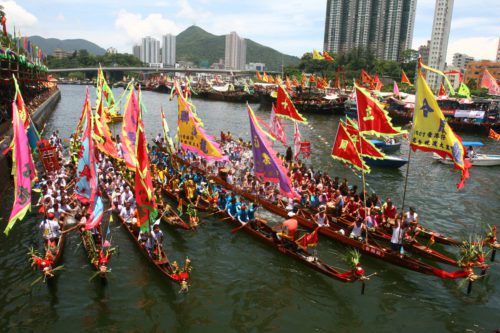 However, the most common version is that the Dragon Boat Festival is celebrated in the memory of the ancient Chinese poet Qu Yuan. He was a famous poet and philosopher of the Qin dynasty. He lived in the kingdom of Chu, in the territory of the modern province of Hubei.

In his poems he denounced the corruption and greed of local officials, as well as the weakness of the rulers. In 278 BC Qin’s forces invaded the kingdom of Chu and captured the entire territory. The poet, unable to withstand this shame, suicides jumping into the river. 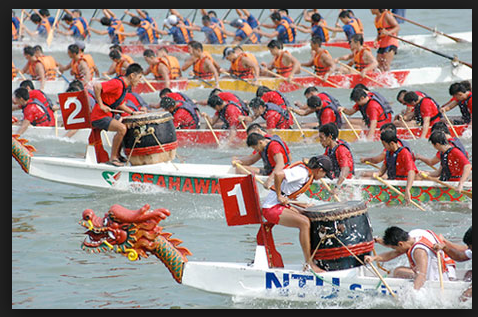 When people heard the news about the suicide of the poet, peasants and fishermen from neighboring villages rushed to the river on their boats to find his body and scaring spirits and fish off the river with drums.

Later, they began to throw rice into the river, as Qu Yuan’s spirit appeared at night to one of the poet’s friends and told that the river dragon was the cause of his death. And the spirit asked to throw rice wrapped in triangular silk bags to distract this dragon.

Traditions of the Dragon Boat Festival 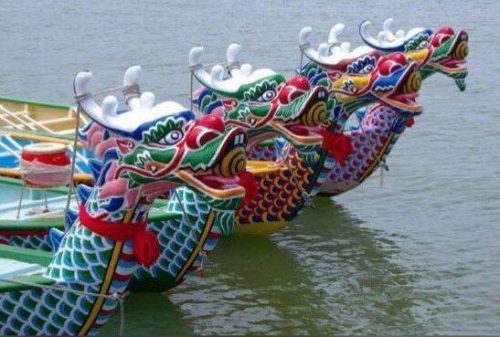 The Dragon Boat Festival in Singapore is celebrated in all traditions. Participants compete in long and narrow boats, which noses are decorated with dragon heads. In each boat there are 22 oarsmen and a drummer who beats the rhythm. And viewers on the shore of the Bedok Reservoir cheering their teams up. 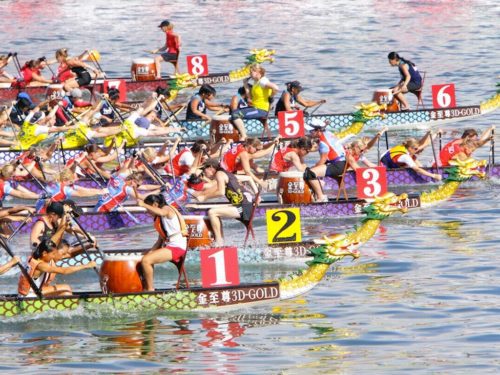 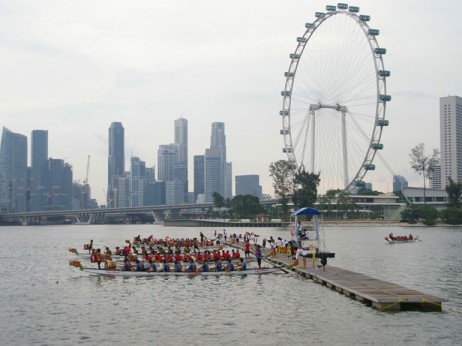 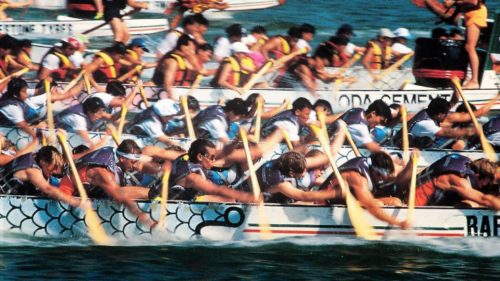